Take a look at these popular apps to see where Newfoundlanders and Labradorians are riding their bikes. If you’re from around here, find a new route you never thought of before or, if you’re a come from away, then let this be your guide to the trails and roads we trust the most. 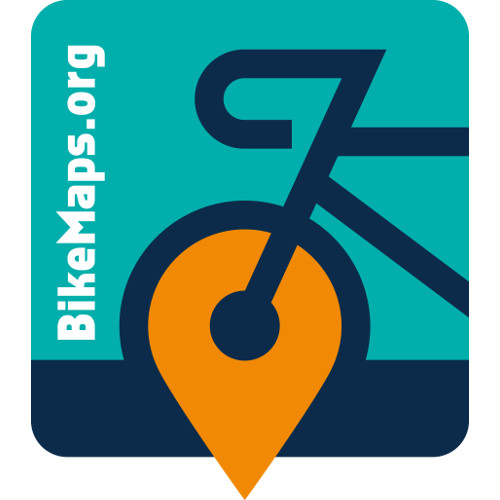 BikeMaps.org is a web map where cyclists can map locations where they may have had a collision, a near miss, noticed a hazard, or suffered a theft. Mobile apps for android and iOS devices are also available.

Only about a third of cycling collisions are captured through insurance or police reports. The mission of BikeMaps.org is to make cycling safer with better data. Cyclists help fill in the missing data by reporting bike crashes or near misses. These reports can help cities make cycling safer by highlighting hotspots.

BikeMaps.org researchers are encouraging cyclists in Newfoundland and Labrador to participate by using https://bikemaps.org/ to report each bicycle collision, near miss, hazard or theft. The process is anonymous and only takes a minute or two. Website visitors also have the option to create an account to receive notification of any incidents in their area.

The BikeMaps.org project was initiated at the University of Victoria in 2014. Municipalities around Victoria and Vancouver are now using the information collected on BikeMaps.org to inform planning decisions. With support from the Public Health Agency of Canada, the BikeMaps.org team has been promoting the webmap’s use in other select Canadian cities with the support of local partners. The system is also currently used in many countries of the world. Locally, health researcher Dr. Daniel Fuller of Memorial University, Safety Services NL and the Royal Newfoundland Constabulary have partnered to help promote the app in Newfoundland and Labrador.

To report a collision, near miss, hazard or theft involving a bicycle in this province go to their website.

Protected as a linear park under the provincial park system, the Newfoundland T'Railway consists of the rail bed of the historic Newfoundland Railway, later renamed Terra Transport as transferred from its most recent owner, Canadian National Railway (CN), to the provincial government after rail service was abandoned on the island of Newfoundland in 1988. The rail corridor stretches from Channel-Port aux Basques in the west to St. John's in the east with branches to Stephenville, Lewisporte, Bonavista, Placentia and Carbonear.

Learn About T'railway on Wikipedia

Cycling the Newfoundland T’Railway is an adventure for avid cyclists who appreciate the many natural wilderness settings that the province has to offer.

Trail conditions vary from a few kilometers of blacktop to sandy and rough terrain with the remains of the old railway track ballast to ride over. Some stretches of the trail are lined with alders that brush against riders' hands and arms. The gentle climbs and downhill sections offer both a challenge and a recompense as cyclists view eye-opening vistas of mountains, valleys and wilderness. As they bicycle the terrain, both the cycling tourist and local rider will obtain an appreciation of the challenges that surveyors and engineers faced in building the railway. It is recommended that cyclists use a fat bike style bicycle with 4" tires to make for a more enjoyable ride.

The Newfoundland T’Railway Council is a non-profit corporation dedicated to the development of a recreational trail from St. John's to Port aux Basques using the former Canadian National railway line. Its mandate is to promote multi-use trail development and to preserve abandoned railway lines for future use such as hiking, biking, equestrian, snowmobile, ATV and cross-country ski trails. Other uses, like dog sledding and snowshoeing, may be appropriate in certain regions.

A Community Guide to Biking  is designed to provide information and guidance to communities, schools, groups, and individuals interested in starting a biking program in their community.
It provides answers to some general questions and leads community groups to resources and information that can help facilitate ideas for new community biking programs, bike parks, trails and more. The document was created in partnership with Bicycle NL and Recreation NL, and financially supported by the
Department of Children, Seniors and Social Development. 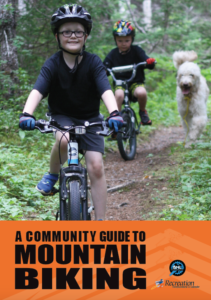 Laws that govern cycling in the province of Newfoundland and Labrador can be found in the Highway Traffic Act (HTA), provincial regulations and the bylaws of local municipalities.

The “One Metre Rule”  (section #96 of the Act) which recently became law in Newfoundland and Labrador stipulates that the driver of a motor vehicle is required to leave one metre of open space between the vehicle and bicycle or pedestrian on highways with posted speed limits of 60 kilometres per hour or less. The required distance would be one and a half metres for highways with posted speed limits greater than 60 kilometres per hour. Penalties will be imposed for violations of this rule.

Research has shown that correct use of an approved helmet can help to reduce serious head injuries following a bicycle accident. Helmet usage while riding a bicycle became mandatory in Newfoundland and Labrador on April 1, 2015.

Getting Around St. John's - A Cyclist's Handbook

The city of St. John's has two handbooks available for cyclists - One is targeted towards adult cyclists whereas the other focuses on children. The handbook contains information from the Highway Traffic Act of Newfoundland and Labrador as well as cycling-related by-laws of the City of St. John’s.

Bicycle Newfoundland and Labrador has produced a series of bicycle safety videos to offer hints for beginner or novice cyclists and reminders for more experienced riders.

To Buy Your BNL Membership or License